Forensic researchers at the University of Surrey have debuted a new fingerprint test using high-resolution mass spectrometry (HRMS) that is sensitive enough to tell if an individual has ingested cocaine or merely handled it. The difference is critical when you consider the legal ramifications of ingesting the Class A drug versus being exposed to the drug by environmental factors, such as handling money.

In 2017, Melanie Bailey and her team utilized the HRMS method to detect cocaine in the fingerprints of drug users, but did not consider the fact that 1 in 10 non-drug users are exposed to cocaine through environmental factors.

In the current study, the researchers took fingerprints from persons who had testified to taking cocaine during the previous 24 hours. Fingerprints were collected from each patient, and the participants were then asked to wash their hands thoroughly with soap and water before giving another set of fingerprints. The same process was used to collect samples from a pool of non-drug users who touched street cocaine.

Cross-referencing the data, the researchers discovered that a molecule produced in the body when cocaine is ingested, benzoylecgonine, is essential in distinguishing those who have consumed the drug from those who have only held it. Benzoylecgonine was not present in samples from drug non-users, even after touching street cocaine and then washing their hands.

However, limitations to the method do exist. While it provides better selectivity and relies less on chromatography, it is lab-based and therefore cannot be used in a roadside test by law enforcement.

“At the roadside it would be possible to carry out a screening test, but you would still need to collect a sample to take back to the lab for confirmation,” Bailey told Forensic.

Additionally, the experimental test as comprised can only tell the difference between contact and ingestion of cocaine if a person has washed their hands prior to leaving a fingerprint.

“Hands do need to be washed to make that distinction,” said Bailey. “For fingermarks left at crime scenes, it would not be possible to distinguish cocaine contact from cocaine use without the hand-washing.”

The researchers believe there is potential for the HRMS method beyond forensic analysis. They are, for example, researching the possibility of using a fingerprint to test the therapeutic level of a drug to ensure medication is delivered at the correct dose. According to University of Surrey researcher Catia Costa, the team has already shown that antipsychotic medications can be detected in fingerprints, and research is ongoing. 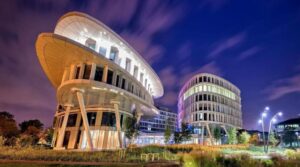 European Division of the International Association for Identification

The EU IAI is pleased to announce that its annual educational conference will take place at SOUND GARDEN HOTEL, Warsaw, Poland.

The conference will bring together specialists, forensic suppliers and academics from across Europe representing a wide variety of forensic fields. The presentations will introduce current themes in the field and provide delegates with the opportunity to discuss and develop ideas with colleagues from across Europe.

Defence Against the Modern Arts: The Curse of Statistics

Workshop (3 hours) – Decision-making in forensic science: what information is needed, which conclusions are supported.

We also offer a diverse set of online training resources. Currently, we provide training to forensic professionals and ancillary professionals in all 50 U.S. States and more than 60 different countries.

Welcome to the 2nd annual Online Symposium on Current Trends in Forensics & Forensic Toxicology that is being hosted for RTI’s ForensicED. On May 13th – 17th, 2019, hundreds of attendees will be joining us online to learn from leading researchers and practitioners on extremely important issues facing laboratory professionals today.

Experience best practices in forensic toxicology such as sample preparation, method development, and forensic method validation. Learn from dedicated sessions on seized drug and trace analysis. Interact with the experts in a panel discussion at the close of each day. Learn from sponsored presentations introducing new products, services, and educational opportunities and take advantage of the week-long poster session! This online symposium will provide you with ready access to some of today’s leading researchers and practitioners without ever having to leave the laboratory.

Why Should You Attend?
Insights from leading researchers and practitioners spanning 5 different countries on two continents
Free registration and no travel costs. Learn without leaving the laboratory.
On-demand access for content review
Acceptable by the ABFT for continuing education credits (see registration page for details)
Accompanying virtual poster session
Symposium e-book with abstracts, slides, and presentation summary
Registration for this event closed early last year due to overwhelming demand, so don’t delay. Register now to reserve your space!

This year’s Online Symposium will feature our new platform, which we are confident will enhance to overall webinar experience for our users. You will need to create a new learner’s account the first time you log in, and then you will be redirected to the registration once your account has been successfully created. Please feel free to reach out if you have any questions or concerns while setting up your account or registering for the Symposium.