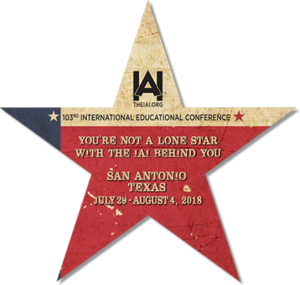 All educational sessions, meetings, and events will be held at the Henry B. González Convention Center and the Grand Hyatt San Antonio Hotel.
Registration will be $375 (U.S.) for International Association for Identification members and $475 for nonmembers. The full registration DOES NOT include workshops that require an additional fee. Individual workshops are estimated to range from $30 to $200 depending on the specific workshop cost and how many workshops are selected by the attendee. Please note this cost could be higher if multiple workshops are selected.
The full registration includes all conference materials; the Sunday President’s Reception; Monday Breakfast, and Exhibit Grand-Opening Reception; Tuesday-night Poster Presentation/Photo Contest and Reception; and Friday-night Installation and Closing Banquet. (Note: receptions are not full meals). 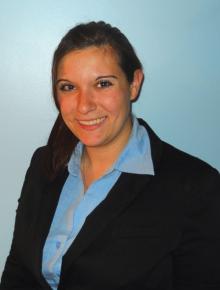 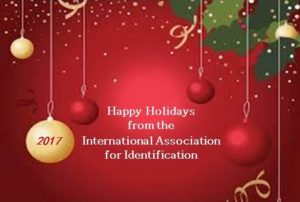 The past year has been very challenging and stressful for many impacted by an unprecedented number of natural and manmade tragedies and disasters.

During this holiday season let’s take time to reflect and realize that life and family are very precious gifts that we all need to be thankful for.  Please keep those less fortunate in your thoughts and prayers.

On behalf of the Board of Directors, Officers, and Staff of the International Association for Identification, I would like to wish all of you and your familes a Joyous, Happy, and Safe Christmas Holiday Season and a Wonderful and Prosperous New Year.